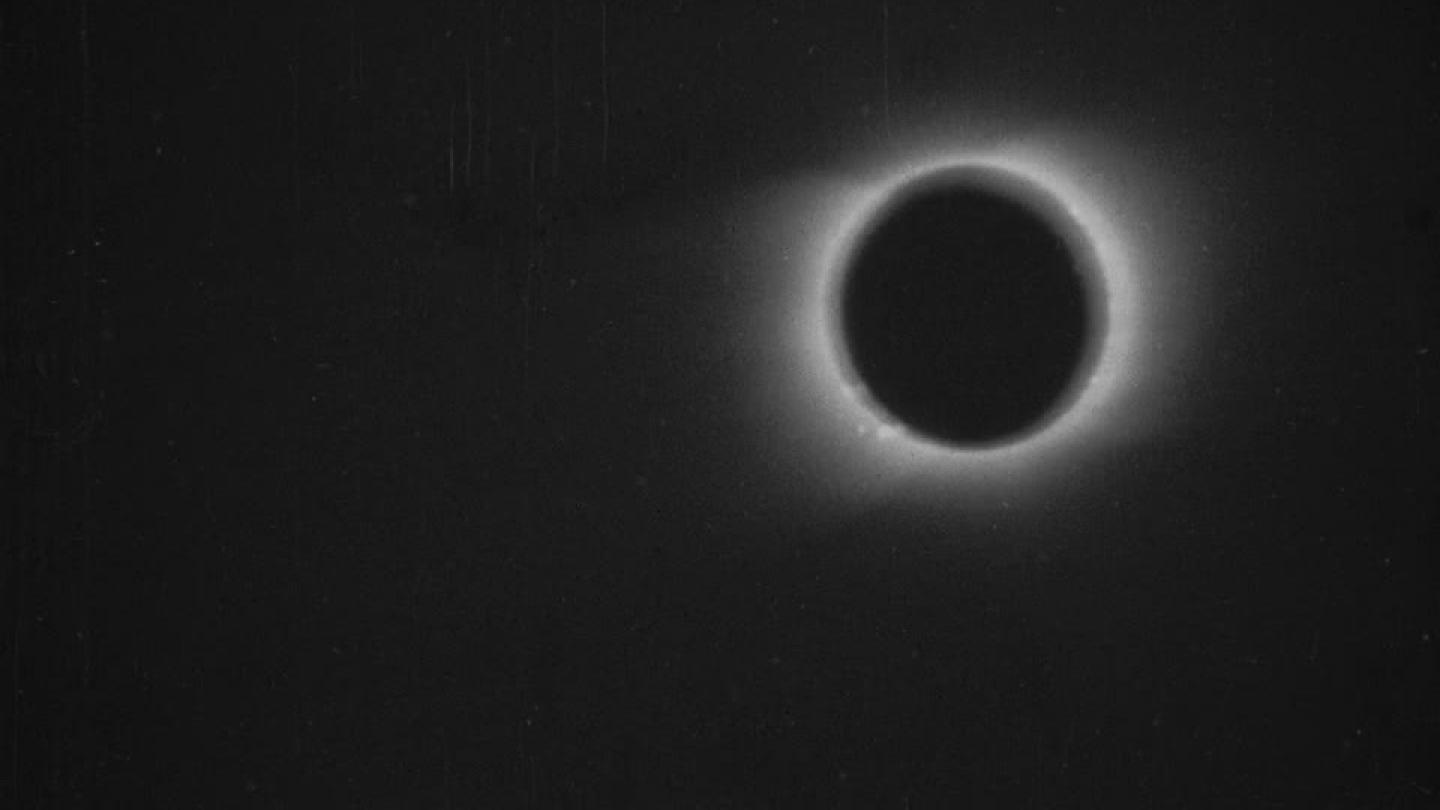 From the British Film Institute:

Nevil Maskelyne, celebrated magician, proprietor of the Egyptian Hall and astronomy enthusiast, filmed this solar eclipse in North Carolina on May 28th 1900. Recently discovered in the collection of the Royal Astronomical Society, the film is believed to be the first surviving astronomical film in the world. It is a fragment showing the corona around totality and the 'diamond ring' effect.

With thanks to the Royal Astronomical Society.