2.5 million light years away from the Milky Way 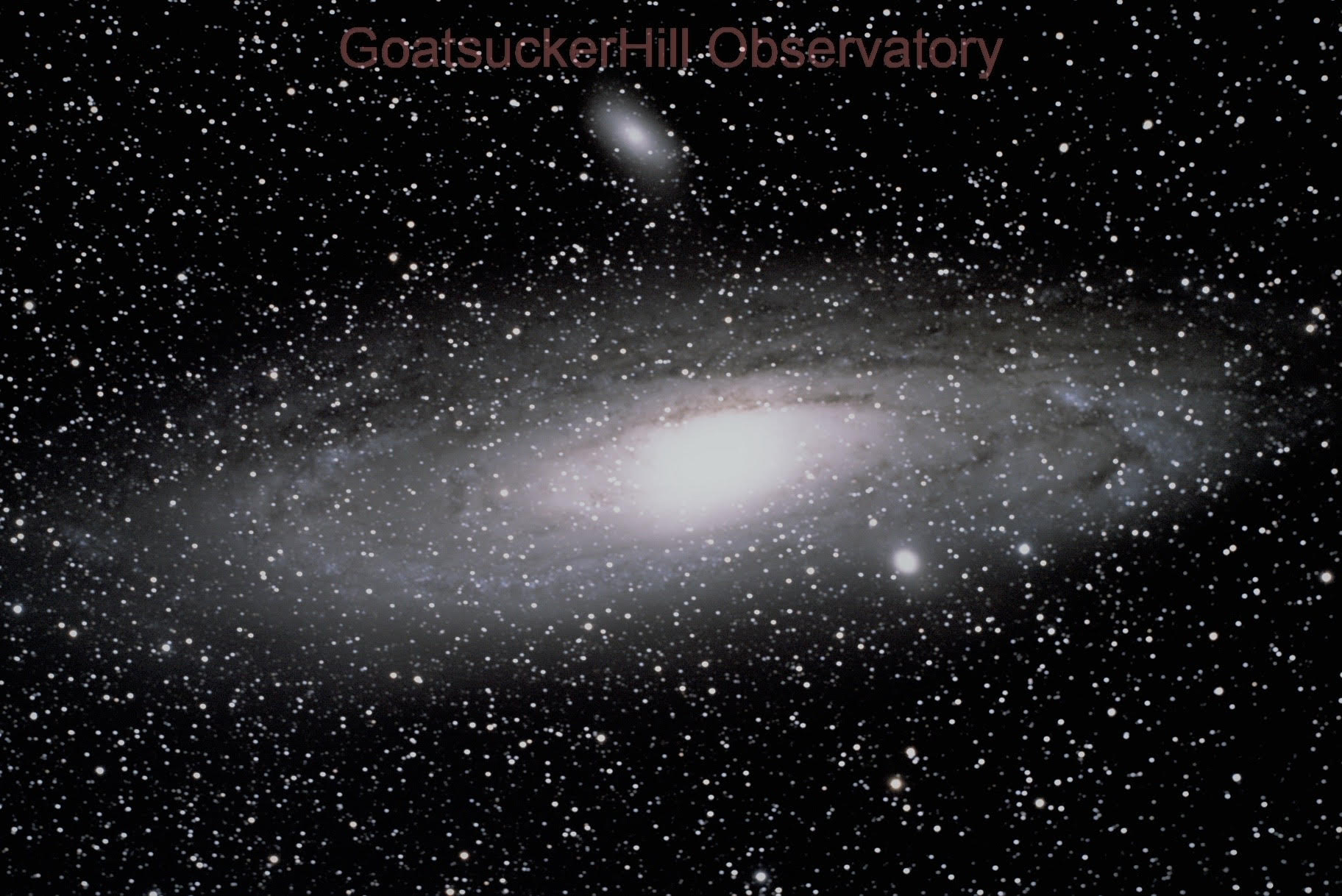 This image is of the Andromeda Galaxy. It is located in the Andromeda Constellation, about 2.5 million light years away from our galaxy, the Milky Way.  The Andromeda galaxy is about the same size as the Milky Way galaxy at 150,000 light years in diameter.  Two of Andromeda’s small satellite galaxies show in this image, m101 is the larger and m32 the smaller. The spiral arms are highlighted with the blue chains of star forming nebula in the arms. The dark lines are interstellar dust lanes. The stars we see are Milky Way stars. Although Andromeda is too far away to see it’s individual stars, estimates say there are a trillion stars in Andromeda. The bright center is the core, comprised of a dense concentration of stars.

Warren captured the image from the Sierra Valley in September of 2021 with 3 hours and 20 minutes of exposure time. The telescope is a Stellarvue 130mm triplet refractor. The camera is a Canon 5d Mark III.