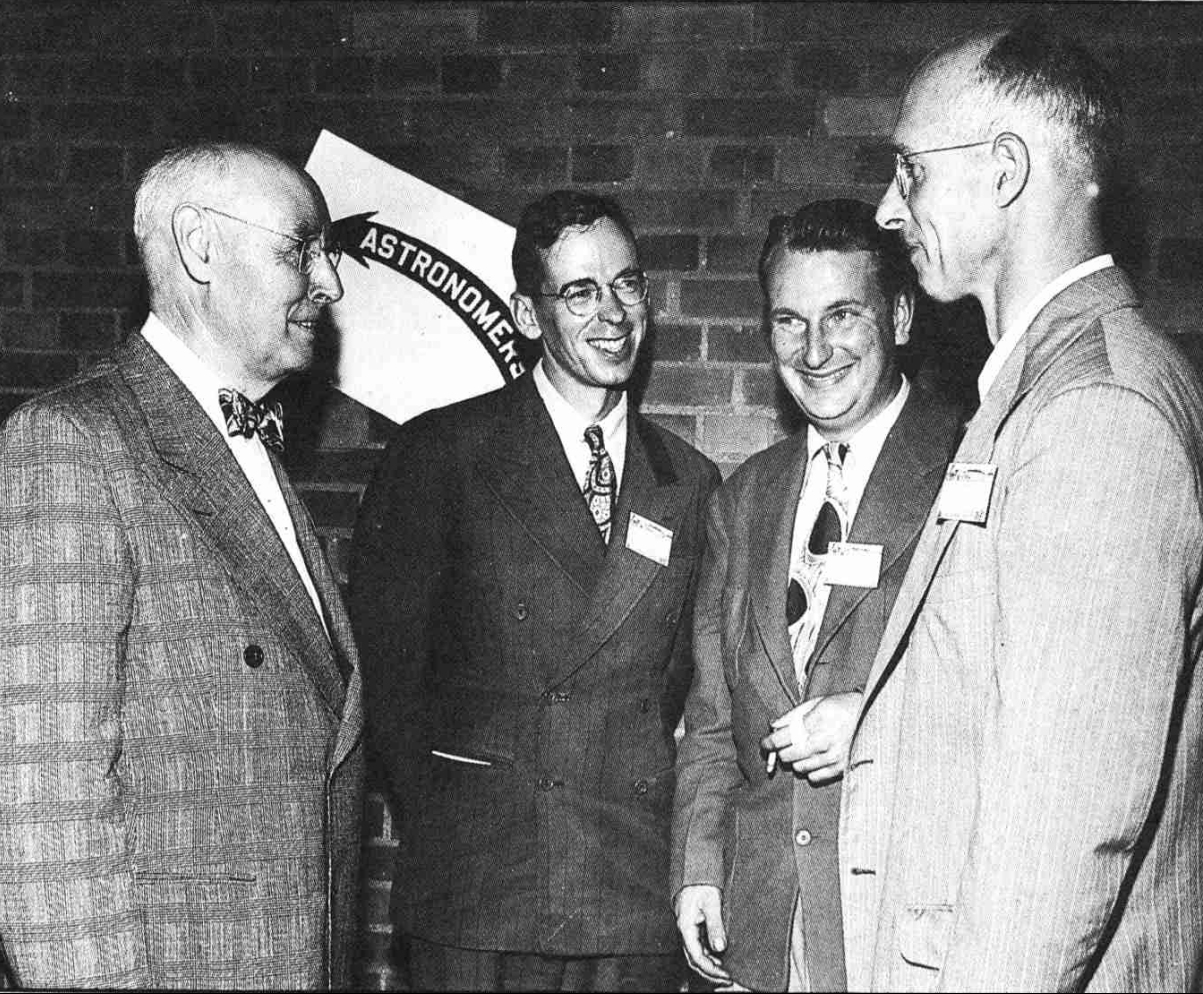 The ASN has a long and interesting history.  The ASN was founded in December, 1934 by Dr. G. Bruce Blair (b. 1879 - d. 1949), a physics professor at the University of Nevada. Fortunately, we know quite a bit about Dr. Blair's life due to a fortuitous discovery by former ASN member Jay Lawson, who found Dr. Blair's scrapbook in an antique store.  This scrapbook contained newspaper clippings of Dr. Blair's early career up until the mid-1940s.

Dr Blair was very interested in comets, but his true passion was bringing astronomy to the masses. As stated in a 1950 issue of Publications of the Astronomical Society of the Pacific, "Professor Blair was well known among amateur astronomers -- he considered himself among their number -- and he was exceptionally successful in organizing and directing their activities".  In addition to forming the ASN in 1934, he helped organize the Sacramento Valley Astronomical Society (SVAS) in 1945 and the Western Amateur Astronomers (WAA) in 1949.  He was an active astronomer who, until his death in 1949, often gave public star parties in his yard.

The ASN was formed for the purpose of gathering together all persons interested in the study and activities associated with astronomy. Early activities of the ASN included star parties, lectures related to astronomy and, after Dr. Blair's death, the construction and manning of the Blair Observatory on the university campus.

Unfortunately, not much is know about the history of the club in subsequent years, although an exhaustive search is currently underway to collect this data.  If you, or anyone you know, was a former member of the ASN we would love to hear from you to learn of your (their) experiences.  If you have any memorabilia (old newsletters, newspaper clippings, events programs, etc.) that you would be willing to let us copy, it would be greatly appreciated.  You can contact us at info(at)astronomynv.org.

Today the ASN continues to prides itself on its varied activities, whether it is a public star party or private gathering.  Members gather for monthly meetings, star parties, or any event that offers an excuse to pull out telescopes. The ASN involves itself in many public events. Star parties for schools are always well attended. The ASN has ventured sometimes more than 100 miles to present the heavens to budding astronomers in the outlying areas of the state. Members gather for dark sky observation at several sites on a regular basis. These gatherings allow members to explore their own interests from galaxies to nebula and are always open to interested persons.

We are continuing to learn and enjoy teaching what we know. Everyone, beginner, amateur, or professional is welcome in the ASN.  We hope that in this regard, we continue to make Dr. Blair proud.

"Our Mission is to encourge, foster, conduct and support programs on astronomy and related sciences for the education and enlightenment of the general public."