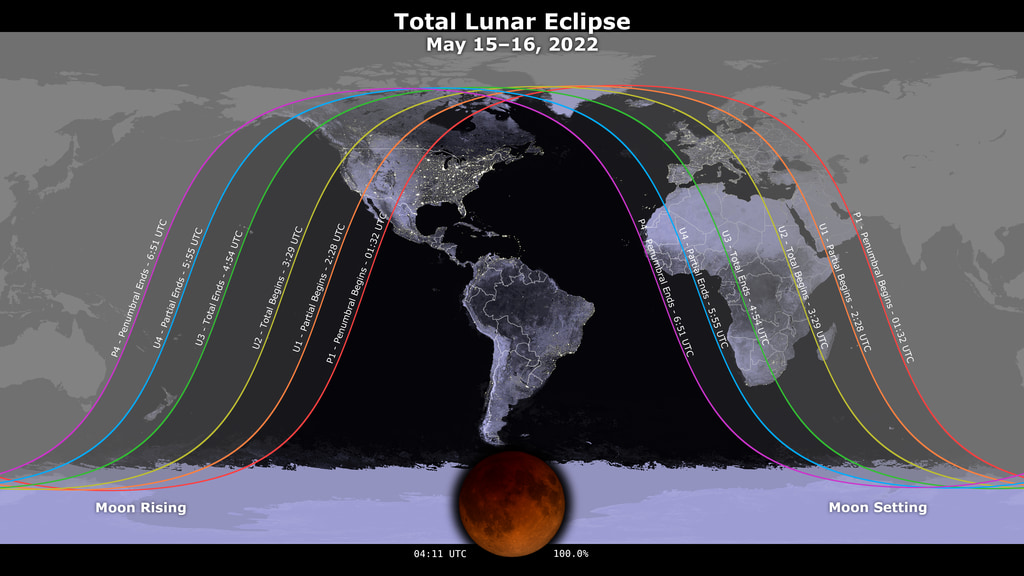 The Penumbral Eclipse will begin at 6:32 pm (PDT), but willl not be directly visible for people watching in Reno. At 7:27, the Partial Eclipse will begin, but also will be below the horizon for those watching in Reno. At 7:59, the moon rise will begin, but according to timaeanddate.com, in Reno, "the combination of a very low moon and the total eclipse phase will make the moon so dim that it will be extremely difficult to view until [the] moon gets higher in the sky or the total phase ends."

At 8:29 pm, the Total Eclipse begins. This will be a completely "red moon" but will still be close to the horizon. Best viewing will be to the east-southeast. At 9:11 pm the maximum eclipse will begin and will remain total until 9:53 pm. Then, the phases of the eclipse will move to the end of the partial and then end of the Penumbral, ending at 11:50 pm.

There are several instructive animations online showing stages and times of the eclipse: