Sirius is the brightest star visible from the Earth. 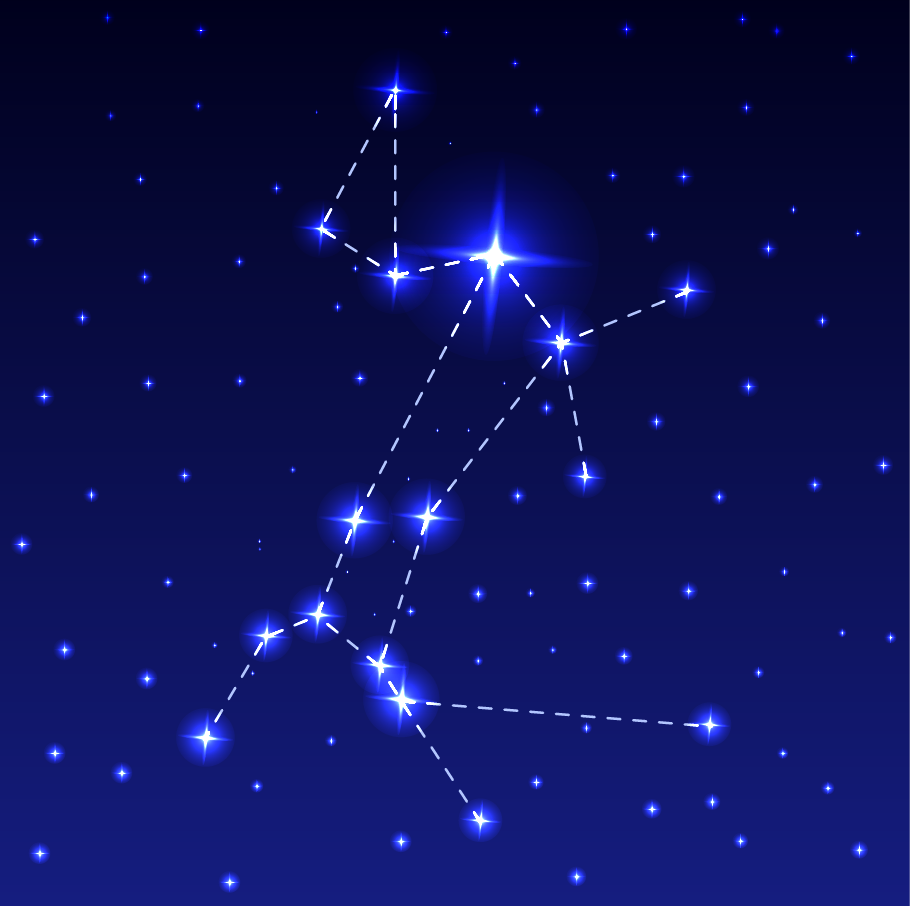 Sirius is a beautiful sight to behold, and is often one of the first stars our early astronomy teachers pointed out on those first warm nights of spring.  From late February into late April and early May, the big, bright, blue-white star glides from the southeast, across the southern sky, setting each night to the southwest. In late springtime nights, being closer to the horizon, the star easily catches the eye with its sparkling beauty.  In a dark sky, the star can be so bright that people will often think it's moving closer, then further away, like some strange UFO.

Here's a clue for finding Sirius:  Look for Orion's Belt, then draw an imaginary line in the angle of the Belt downwards.

(Hover over images for descriptions)