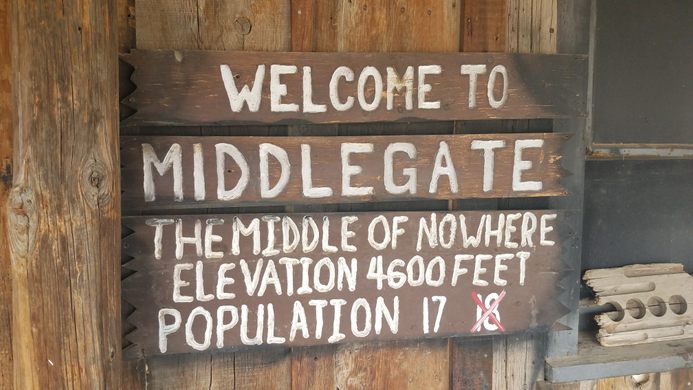 Liongate TV productions looked at our website and saw we had a 20” telescope.  Steve Austin (Stone Cold) is the star of the show. He wanted to show off rural Nevada and the clear skies.  After 8 months of planning, we held our star party at Middlegate Station, NV on November 14, 2022. Middlegate Station is a former Pony Express station and has about 15 families, 8 room motel, gas station, all centering around a Bar.  You can staple a dollar bill to the ceiling of the bar.

It was a clear and dark sky night for the ASN team. Jim Fahey, Abdihel Martinez, and Phil Ricci brought the 20” and their personal telescopes. Congratulations to our new members Abdihel and Phil for supporting this event.  It was their first public star party!  They learned a lot about their telescopes and the night sky.  Tim Stoffel coordinated technical advice for the Liongate photography staff. Jim got a lot of WOWs from the 13-man crew looking at Jupiter, Saturn, Andromeda, and the Ring Nebula.  We only had two hours to work with the night sky.  The crew had to stop work at 7:30pm. This was the end of their 8-hour day. Michael Wilson provided astrophotography of Jupiter and Saturn; and Brian Doyle provided photos of Andromeda and the Ring Nebula.

I wish to thank all those who expanded the reach of ASN to the public.  The release date for television is March or April 2023.  Stay tuned!

(Hover over images for descriptions)